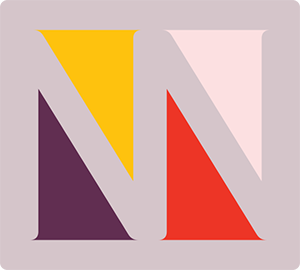 Barbara’s passion for design continues to be her driving force.

Barbara Chennault is a career costume designer and style contributor. Her art education and fashion career began in New York City’s fashion industry prior to relocating to Los Angeles, where she’s worked steadily in the entertainment industry building a lofty career in costume design. Barbara draws inspiration from daily observations, people watching and sightseeing, ultimately, enriching and broadening her keen eye, style and fashion sensibilities, pertaining to its relevance in relationship to character building through costume design.

In part, Barbara attributes her artistic aesthetic and attention to detail to her childhood upbringing in Florence, Italy, and later, Monrovia, Liberia, W. Africa, where she absorbed the language, culture and colorful nuances of those environments, shaping her to be who she is today.

Barbara studied at the acclaim art institute, Parsons School of Design in New York City, earning a BFA in Fashion Design and Illustration. Her talents and skills have qualified her membership into the prestigious Costume Designers’ Guild (IATSE 892) and Motion Picture Costumers Union (IATSE 705).

Soon after her move to LA, Barbara landed a position on the costume team of the groundbreaking sketch comedy television show In Living Color, starring, then newcomers, Keenan Ivory Wayans, David Alan Grier, Jim Carrey, Jamie Foxx and Jennifer Lopez to name a few. As a respected and trusted team player, this life changing opportunity led to an extensive body of work over the years. Through hard work, drive, determination and commitment, Barbara has grown her entertainment portfolio to include costume design credits for television dramas and situation and sketch comedies, for both, network and cable outlets.

Seeking personal growth and a challenge, Barbara widened her net and sought to use her creativity, costuming skills and artistic expertise in a world less familiar, but no less rewarding– the music industry. She was offered a pivotal opportunity and year long position on the Micheal Jackson HisTory Tour. This opened the door for a number of tours to come. Barbara has worked alongside, and toured with Madonna, Cher, Lady Gaga, Britney Spears, Cyndi Lauper, Natalie Cole, Janet Jackson (Super BowlXXVlll) and Tina Turner (Grammy performance 2008). These priceless and invaluable opportunities have afforded her global travel to countless countries offering firsthand experience, observing and studying the diverse cultures and trends throughout the world.

Barbara’s passion for design continues to be her driving force.

She is based in Los Angeles where she shares a life with her husband, enjoys biking, and stays grounded through her yoga practice.